Summary KrakenD has caught my attention as a Gateway solution because of its claim at incredible performance and extensibility. It is Open Source and can be tailored to your needs or can be extended in a convenient way with its support for Golang Plugins. Plugin, what? Go plugins are a fairly new addition to Golang (support starting with Go 1.8), but they provide a very innovative way to add functionality to a Go application. Read more
#photos | #travel | #Bangkok 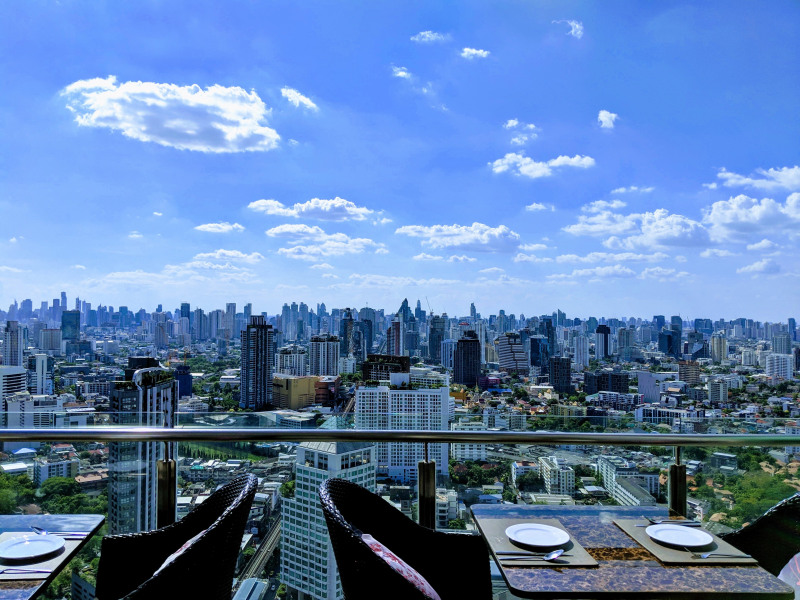 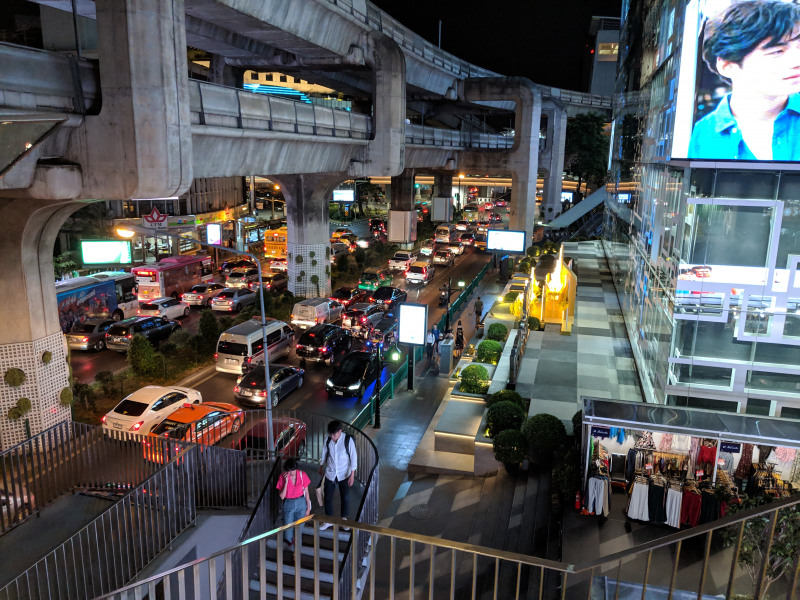 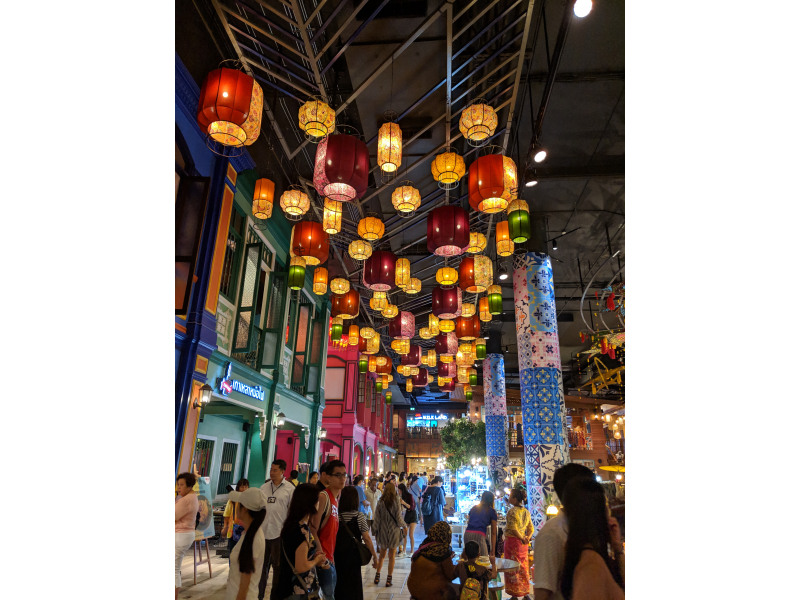 I loved the beautiful decorations at Icon Siam Shopping Center. People traffic here is very intense on the weekends though.
Taken with: Pixel 2 XL 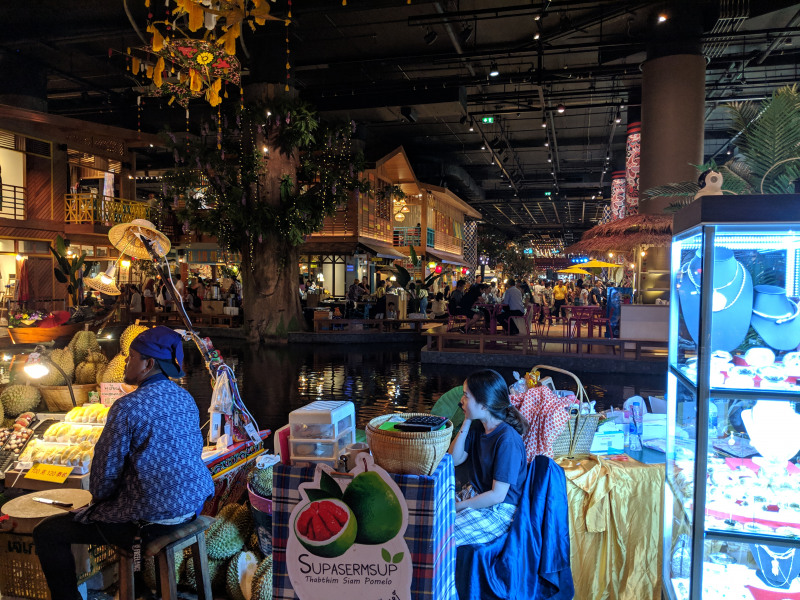 There is a small floating market inside the Icon Siam Shopping Center. How cool is that!
Taken with: Pixel 2 XL 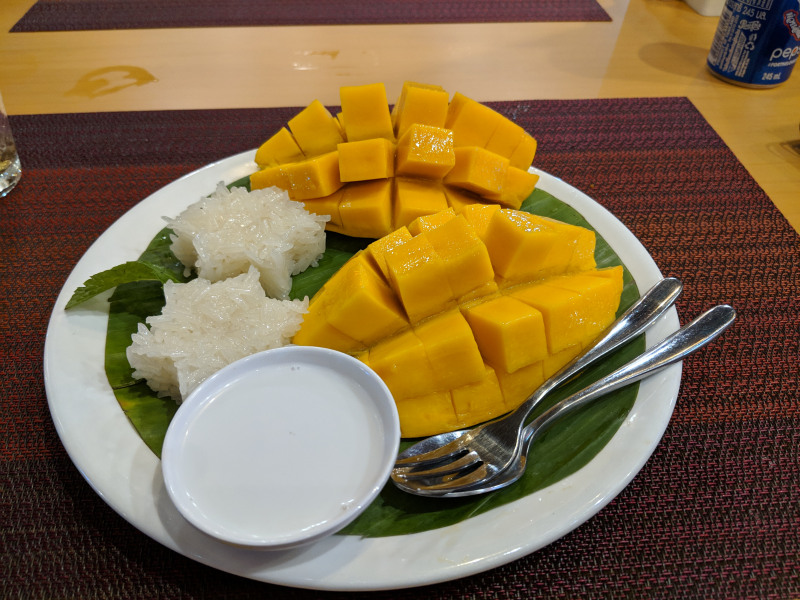 Icon Siam has plenty of venues that sell Mango sticky rice. If you are visiting Thailand, this is a must-try dessert.
Taken with: Pixel 2 XL 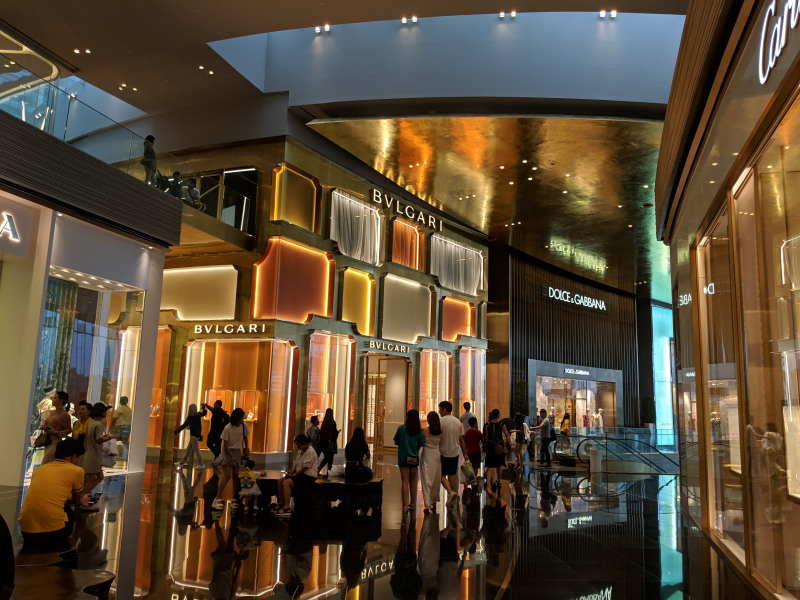 If your bank account is too large you can do some serious shopping at Icon Siam. This shopping center is very beautiful, it's worth visiting at least once.
Taken with: Pixel 2 XL 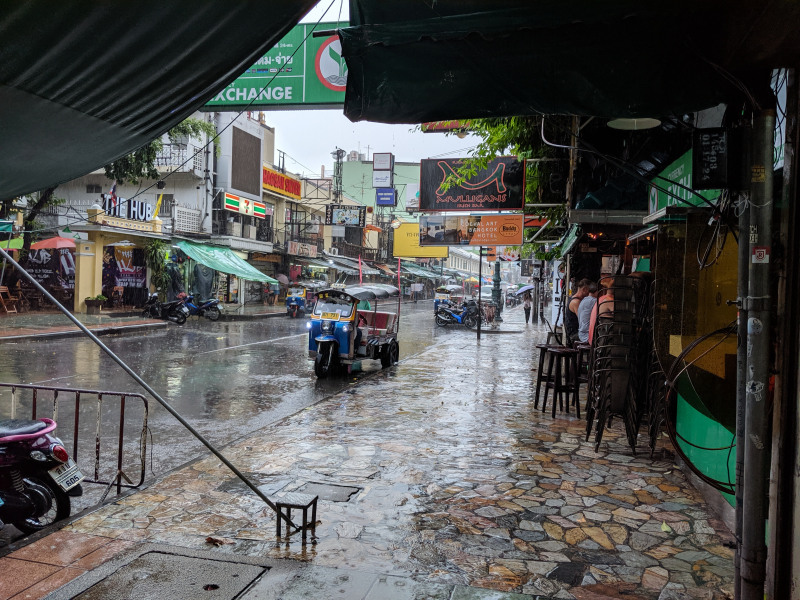 Rainy day on Khao San Road. Lots of quirky and unique shops here, although many tourist traps as well.
Taken with: Pixel 2 XL 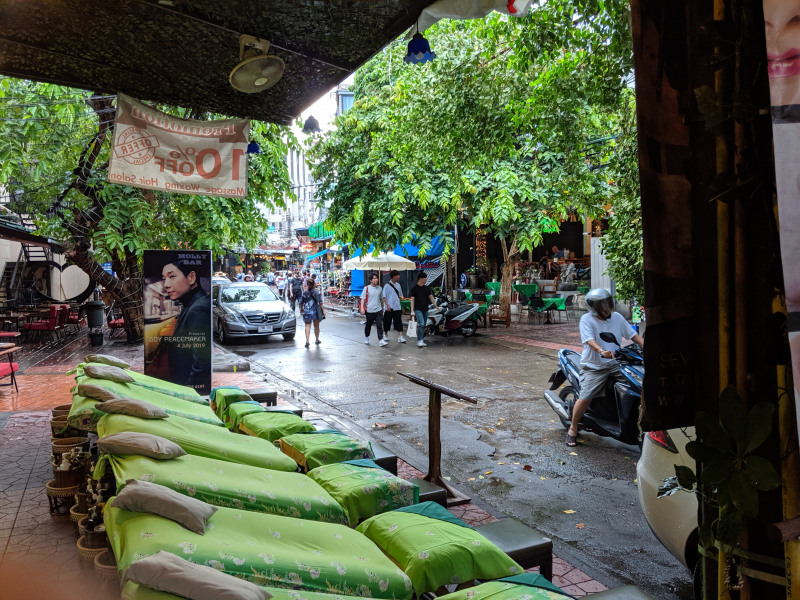 I love the vibe of Khao San Road, it may be overrun by scammers in some spots, but I can't deny the uniqueness of this place.
Taken with: Pixel 2 XL 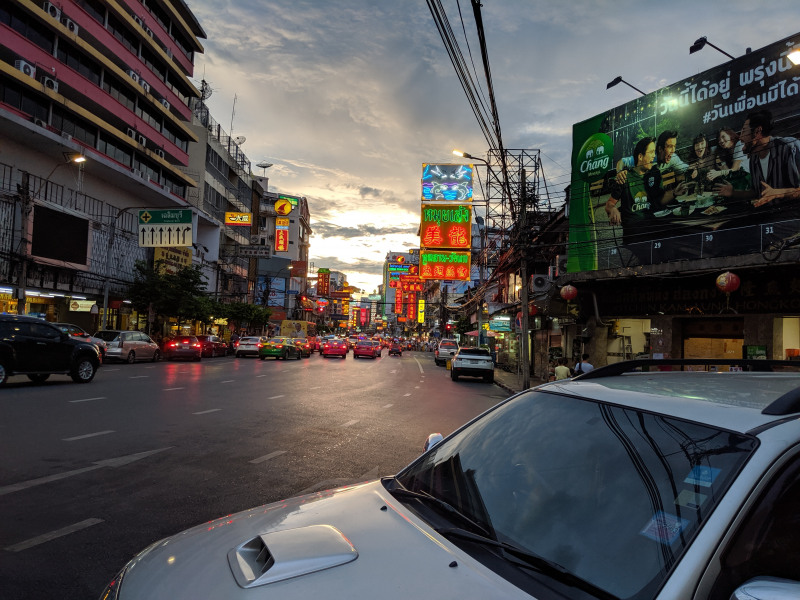 Chinatown in Bangkok is vast, colorful and lively.
Taken with: Pixel 2 XL 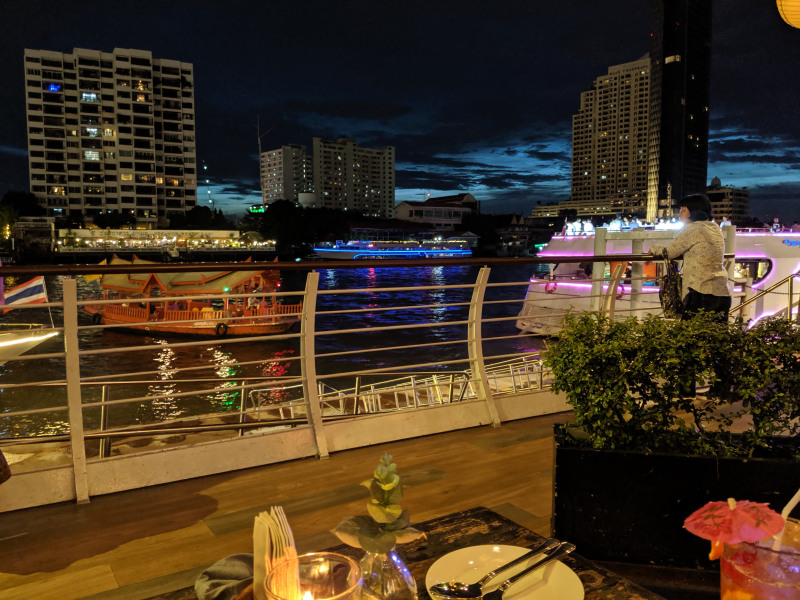 River-view from one of my favourite restaurants, Viva Aviv The River
Taken with: Pixel 2 XL 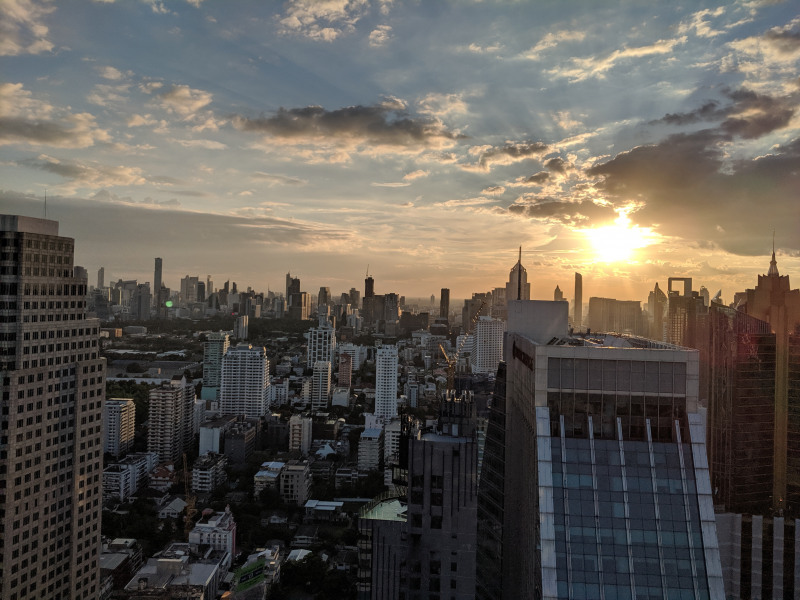 Beautiful sunset view of the city
Taken with: Pixel 2 XL 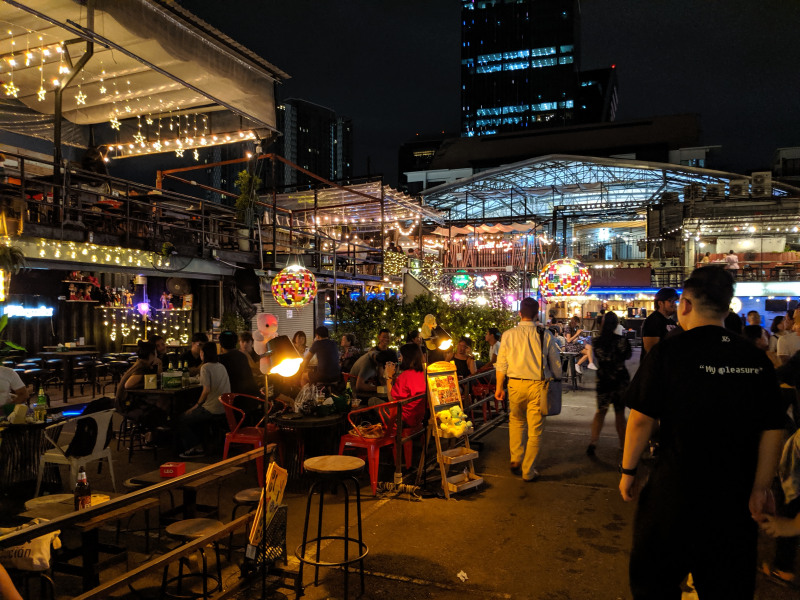 My workstation setup in Bangkok so far. This is where the magic happens.
Taken with: Pixel 2 XL
#golang | #azure | #blobs

Use Golang to Upload Files to Azure Blob Storage

If you are enjoying Go and its community as much as myself but have been using the Azure Cloud Platform for some time already, you will probably want to use Azure Blob Storage at some point. In that case, this blog post is for you. You will need: The first thing you need to do is make sure you set up your blob storage account in Azure Portal and create a blob container. Read more
#golang | #api | #concurrency

Make Multiple Api Calls At The Same Time With GoRoutines

Golang is efficient, very efficient. Much of this efficiency is attributed to its unique abstractions when dealing with concurrency. Java for example, maps its threads to OS threads, while Go uses its own goroutines scheduler to further abstract its lightweight goroutines from OS threads. In short, Golang is very frugal with how it uses OS threads; if a goroutine becomes blocked, Go’s scheduler will switch in another goroutine in its place to keep the thread busy as much as possible. Read more
#career

Becoming a Developer in 2019

There has never been a better time to become a web developer than now. The United States Bureau of Labour Statistics predicts an increase of job postings by 15% between 2016-2026, in comparison to 7% average across all occupations. According to ZipRecruiter the current average salary of a Web Developer in United states is $74,080 with top 1% earning $123,000 to $133,000. Among the general specializations of web developers (front-end, back-end and full-stack); full-stack developers on avereage are paid the highest, which is logical since they have to stay up-to date on both back-end and fron-end technologies. Read more
#personal

My name is Ilya, and I am a Full Stack Software Engineer working in Bangkok, Thailand. I grew up in Canada, and I completed my Undergraduate studies in Applied Mathematics. I am a completely self-taught programmer and I am still hungry for more. Hopefully you find something interesting in my blog posts.
#TypeScript

Typescript and its future

Before Angular team decided to turn the its community upside down with the release of Angular 2 in 2016, I did not think Typescript would take off beyond a small loyal group. Having been developed internally my Microsoft, the open source community was wary. But then, the unlikely thing happened, Microsoft and Google joined forces to create Angular (2…) with TypeScript support out of the box. By default. You can imagine this gave TypeScript a strong boost in popularity. Read more
#hugo | #azure

Summary I decided to give blogging a try. I setup the most cost-effective solution I could come up with; static-html hosting on cloud blob-storage. Initially I tried using Jekyll to generate my static pages, but due to the clunky tooling available (especially on Windows) I looked for other solutions. That is when I found Hugo. They have great documentation, modern CLI and great tooling, regardless of your OS preference. Since I already have a Microsoft Azure account, I decided to host my static files there. Read more